The death of my Princess (my Dalmatian) 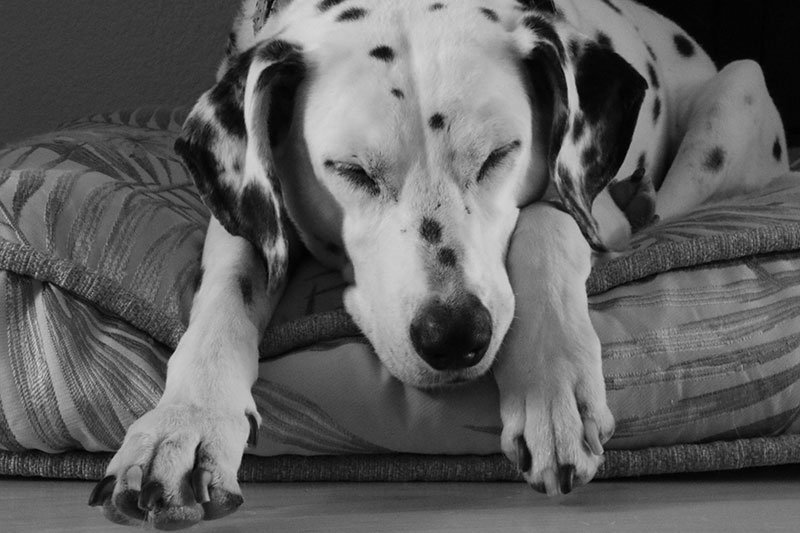 I think about death a lot now. What does it mean? What happens when we die? Is death an end? Or is it simply a transition to a new beginning? Or do we come back to life as someone or something else?

We had our Dalmatian, Princess, put to sleep last Friday. She’s had an ongoing issue with her spine – spondylosis – resulting in her vertebrae fusing together and impinging on the nerves to her hind legs. She’s become very unstable on her legs (she would fall down a lot and often could not stand back up) and was frequently in pain and discomfort. We helped her manage the pain through medication and regular trips to the chiropractor.

The question that I keep asking myself now is, “Did we do the right thing?” I think we did, but I still think about the moment right before the vet injected her with the drugs that would stop her breathing and her heart. I could have stopped her death. But I also remember looking into her eyes before that and seeing the fear and pain. I did not want her to suffer for me.

Letting go has not been easy, as Princess has been a significant part of my life since 2005 when I adopted her from an animal rescue in Virginia. She was 4.5 years old at the time. I was told that her previous owners had divorced and given Princess up for adoption. She wagged so much in the kennel that the tip of her tail was bloody from banging on the bars.

Princess was a beautiful dog – both inside and out. One time my dad, who had been walking her, said, “David, your dog is a chick magnet.” Little kids loved her, too, and often called out when they saw her, “Look, it’s a fire dog.” When little kids ran over to her, she stood their patiently and let them hug her and pet her. She loved kids.

Like many Dalmatians with blue eyes, Princess was also deaf since birth. I remember telling my friends that because she was deaf, she barked funny: “Arf! Arf!” instead of “Woof! Woof!” She didn’t of course, but it was fun to mess with people. Being deaf was one reason that Dalmatians were found in firehouses with their loud, piercing sirens – or so I was told. Rather than give her voice commands, I taught her to respond to hand commands.

Princess loved to run. I used to take her running with me when I was training for triathlons and marathons. The few times that she escaped from the house or from her leash, she simply took off running. She couldn’t hear me when I called her, so I had to chase after her and hope she either stopped or eventually looked back to see me behind her.

Princess was not always friendly to other dogs, especially dogs that were her size (50 pounds) and bigger. When close to another big dog, he would sometimes unexpectedly lunge at the dog.

But, Princess loved the other dogs that she lived with and depended on their hearing. She would watch them closely to see if someone was at the door. The other dogs also learned to help her. For example, when we came home, Twix, upon hearing us at the front door, would run over to the dog bed where Princess was sleeping, jump on the bed and start barking right in her face. She would wake up suddenly and start looking around to figure out what was happening.

With Princess’s death I feel like a part of my soul has been ripped away from my body. She was not just a dog, but also my friend.

I will miss you, Princess.