Setting a personal best at the Disney Goofy Challenge 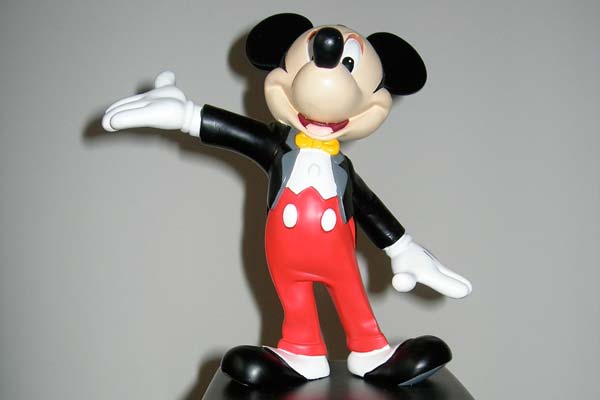 I’m technically not a runner – at least I don’t consider myself one. I’m a triathlete. I like to run, and can run relatively fast, but I have a hard time running for the pure enjoyment of running. I need a goal – an endpoint, a destination, a purpose – in order to want to run.

When I met up with some friends a few months back, one of them dropped a challenge, The Goofy Challenge, Disney’s new spin on an endurance event. Why run just a marathon when you can first run a half marathon on Saturday then follow it up with a full marathon on Sunday? This was something different than just another marathon. Peer pressure was applied and I signed up.

In the back of my mind, I wanted to race Goofy for another reason, too. Training for the Goofy Challenge would put me on in very solid running fitness in early 2007, which would serve as a foundation for the sub three hour Ironman marathon time that I have been chasing for years. A solid performance in the marathon with tired legs would give me confidence to achieve a sub three hour marathon at the Quelle Challenge in Roth, Germany in the summer.

I woke up Friday morning after only forty-five minutes of sleep to catch a cab to Dulles Airport. My personal life has been in a state of upheaval and I haven’t been sleeping through the night for multiple weeks. My mind was foggy all day as I proved when I walked into the women’s restroom by mistake – twice. The signs were confusing.

After meeting up with my friends at the expo, we all went to dinner at the Flying Fish by the Boardwalk (our hotel). I feel asleep shortly after 9 PM.

I groggily looked at my watch. 3:15 AM. I rolled out of bed, drank some coffee, ate a banana and a bowl of oatmeal then walked down with my friends to the bus stop. I was tired.

At 4:15, the six of us were sitting in a parking lot in the staging area. Thankfully, the air temperature was warm enough that we were comfortable. Unfortunately, this made for a warm and humid run. My race shirt was soaked by mile three.

I ran hard enough, keeping my effort at and around lactate threshold. I entertained thoughts of trying to run under a 1:20 half, but I wisely opted not to push myself any harder in anticipation of the marathon on Sunday.

My race was solid as I hit my mile splits consistently around 6:20 minutes per mile. In the last few miles, I consciously choose to not pick up the pace, crossing the finish line in a time of 1:22:41, second in my age group and 23rd overall.

My first thought after crossing the finish line was that if I wanted to run a 2:45, I’d have to maintain that same pace for twice the distance on already tired legs. I didn’t think I could do it.

I groggily looked at my watch. 3:15 AM. I rolled out of bed, drank some coffee, ate a banana and a bowl of oatmeal then walked down with my friends to the bus stop. I was tired.

Groundhog day or so it seemed, but I knew it wasn’t because my legs were sore.

From the start, I ran hard. Realistically, I had no idea if I could maintain the 6:15 pace that I began running as my legs were sore from yesterday and, I imagined, would be more susceptible to cramping. I also feared the discomfort I would feel later in the race. Yet, I ran on.

In spite of the large number of participants (16,000 registered for each race), I never felt crowded running at the front. With the fog on race morning, I sometimes could barely make out a single runner ahead of me. I ran alone.

I passed the halfway mark in a time of 1:23, which put me close to my half marathon time. I would need to run a little bit faster in order to achieve 2:45. I have never negative split a marathon before so I felt sad.

The secret to success, I believe, in endurance events is commitment and courage. Fitness level and inherent ability aside, an endurance athlete must make a conscious decision to commit to suffer or not. Commitment to suffer is something I think about every race. Commitment might only mean a few minutes faster but it could be the difference between the podium or not.

As I passed the halfway point, I was afraid of the pain that I would feel from the continued effort yet balanced that with the shame I would feel toward myself if I fell short of my goals. My pace slowed the second half as I rationalized my way into only running a 2:49. I could back off the discomfort by slowing down to a 6:40 minute per mile pace.
Fortunately, at about the 20-mile mark, I met a nice fellow from Buffalo, New York, named John. His PR was a 2:45 so I figured he would be a good person for me to run with. We picked up the pace. He suggested that we push it at the 25-mile marker.

“I’m game,” I said as I shifted my decision from settle to suffer.

The last six miles were, as expected, were pure hell but I was not alone.

At twenty-three miles, we passed two slowing runners. We were now solidly in the top twenty with a shot of top ten if we could pick off a few more. At mile 25, I saw those few more ahead. “Let’s go,” I said as I accelerated to a 6:00 minute per mile pace. I glanced back to see John drifting back but he waved me onward. My heart rate bumped up well above Lactate Threshold.

I caught a few more runners then crossed the line with a chip time of 2:46:09 just shy of my 2:45 goal but in 9th place overall. John finished right behind me.

My legs are sore but not much more than to be expected after running a marathon. More than anything, I now have the confidence and the desire to run a sub three hour Ironman marathon. Plus, I’m about 10 pounds lighter now than I was at this time last year. This will be a good year for me.