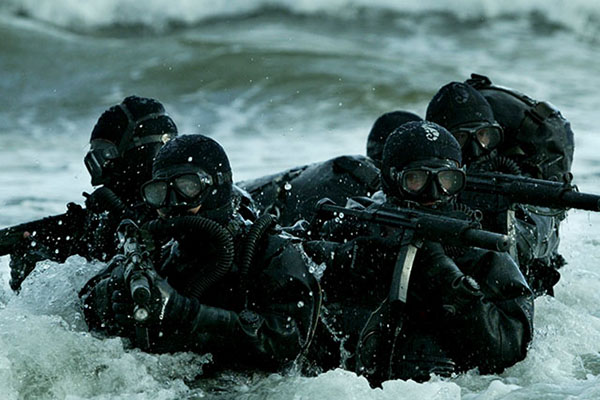 I recently met a retired Navy SEAL who knew a former company mate of mine at the Naval Academy (USNA), Stew Smith who became a Navy SEAL officer. After eight years in the SEAL Teams and as an instructor at the Naval Academy Physical Education Department, Stew resigned his commission in 1999 to start his own fitness and freelance writing business (StewSmith Online). This conversation stirred up memories of SEAL PT at USNA.

What is SEAL PT?

Essentially, SEAL PT is a set of physical exercises that the Navy SEALs (short for Sea, Air, Land – the Navy’s elite commandos) do to stay fit – exercises like push-ups (e.g. triangle, dive bomber, etc.), pull-ups (e.g. chin-ups, wide arm, etc.), sit-ups (e.g. atomic, crunches, etc.), squats, plus a huge variety of other strength and flexibility exercises to include jumping jacks, fireman carries, flutter kicks, Hello Darlings, etc. All are done without any weights – only a person’s own body weight or the body weight of their buddy.

When I was a Plebe (freshman) at USNA, Stew was in his second class (junior) year. Stew’s class of ’91 was responsible for “training” my class of ’93. Training included professional knowledge as well as physical training. If you have any pre-conceptions of what a Navy SEAL looks like, Stew probably fits the description, as he looked like he was chiseled out of stone and could do as many sit-ups, pull-ups and push-ups as anyone I ever met.

Stew loved PT and he loved to take others through PT sessions. I distinctly remember him leading a few of my company mates and I through PT sessions at 0530 in the morning on Farragut Field adjacent to the Chesapeake Bay. Rain or snow, we lay on our backs in the cold, wet grass doing hundreds of flutter kicks before plopping over on out stomachs to do multiple sets of push-ups then back on our backs for sit-ups.

The challenge was always with myself to not quit or be the one that could not keep up with the others.

Later as an upperclassman, I would coax my classmates out to the pull-up bars where we would PT for two or three hours at a time sometimes in the dark of the early morning or late night.

One of my favorite PT exercises was something we called “ten-count body builders.” Starting from a standing position with hands at our sides, we counted out each step as follows:

One evening, a friend and I did over three hundred-count body builders in one session. We wanted to do more than anyone else had done before. I’m not sure if we actually achieved that goal but we put in a hard effort.

Another favorite PT exercise of mine was “pyramid sets” of push-ups or pull-ups, which worked best with a small group. Using push-ups as an example, we would all start the pyramid in an “up” push-up position. We would then each do push-ups individually in sequence starting with me doing one, then the person next to me doing one, until we had all done one. Then I would do two, the person next to me would do two, etc until we all worked our way up to ten or fifteen before we went back down to one again. While we waited on each other, we would hold our bodies in the “up” position with arms extended and back straight so there was no rest per say other than trying to lock out our arms to support our bodies. It was not atypical to do more than three hundred push-ups, pull-ups and sit-ups each in a single workout. My arms were often sore for days afterward but I loved the feeling of strength and the sight of lean muscle on my body.

One of my classmates sent me an email a few years ago:

“I perused your website tonight. I read your biography. You left out the part about taking unsuspecting classmates out to the pull-up bars and making them puke.”

Ahh, the joys of pushing oneself behind what one thinks one can achieve. Isn’t that reason enough?