From athlete dropout to pro triathlete – achieving an impossible dream 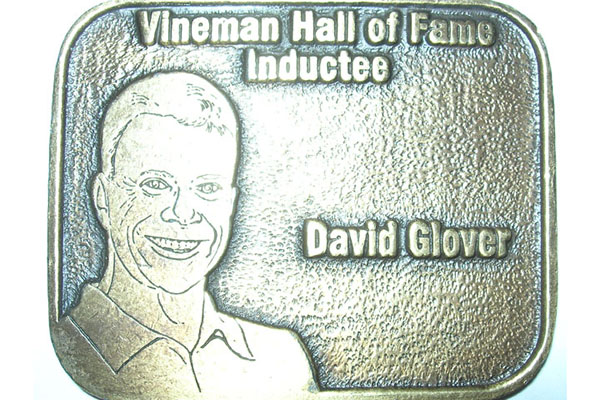 Yes, it’s true you can be anything in life if you want it badly enough and are willing to work for it.

I’m actually a great example because I was an unimpressive athlete growing up. In fact, in most cases I was a “drop out” in just about every sport I attempted.

I only went to one swim practice in first grade then quit because I was too intimidated by the older kids. I played hockey then softball then soccer in grade school because my mom signed me up, and truthfully I sucked at all three but everyone received playing time at that age.

In high school in California, I was cut from the freshman soccer team then played two years of JV water polo to avoid having to go to PE class because I was a small kid (105 pounds as a freshmen) and was constantly getting picked on in PE class.  When I later moved to South Carolina, I ran the 1- and 2-mile events on the track team, but we didn’t have a track coach so I just went out and ran on my own. At the SC lower state AA championship, I finished in last place in both events. I tried wrestling my junior and senior years, earning both a losing record and an injury every other week.

As a freshmen (Plebe) at the Naval Academy, I couldn’t make it through one practice of Plebe Summer water polo (I cramped) so the coach kindly suggested I try something else. I next tried out for the Plebe lightweight crew team but was then cut from that team two months later. I spent my four years at the Naval Academy playing intramural sports, running on my own and helping PE failures pass the 1.5 mile run, push ups and pull ups tests that we had to take each semester. Running and PT (push ups, pull ups, sit ups, etc) were the two things I was reasonably good at.

Yet, in spite of my unimpressive athletic background growing up, I eventually found my niche in Ironman triathlon with its 2.4-mile swim, 112-mile bike and 26.2-mile, achieving a sub 9 hour time (twice), winning five Ironman-distance races overall and earning a USA Triathlon Elite (Pro) card in 2007.

In college and in the Navy, I had contemplated doing a triathlon many times. I had friends who had done them including one friend who started up the Naval Academy Triathlon Team, but I never had the courage to make the commitment to sign up and train for a race…until I had cancer.

Being diagnosed with cancer changed everything for me. When I was diagnosed with a malignant schwanoma in my right hip in early 1995, I felt like I was caught up in a whirlwind of events spinning outside my control. Suddenly, I had gone from a promising career as a submarine officer to not knowing if I would be alive in one year.

Looking back in hindsight, I really only had two options: I could either resign himself to cancer by saying “Woe is me. I’m a victim.” Or, I could prove that even though I had cancer, cancer did not have me.

Fortunately, I chose the latter. Facing my fears of both cancer and triathlons became my proof positive that I would beat the cancer. Finishing my first triathlon, a sprint race in Atlantic Beach, FL, was euphoric. I was hooked.

Triathlon became my passion (and perhaps even my obsession), as I began competing in longer and longer events and became faster and faster, training with and learning from the more experienced athletes around me. I became a ardent student of the sport and dissected it down into its component pieces. I sought out a coach, swam with Reston Master, ran with Reston Runners and read books and race reports, but I learned mostly through experience by trial and error.

When I did my first Ironman in 1997, I knew that I had found my niche. I loved Ironman-distance races because each race was a puzzle waiting to be solved. Being fit was never enough to get to thefinish line. As much as it was a physical test, each race was also a mental challenge as I experienced potential discomfort, obstacles, disappointment, loneliness and even darkness.  Even if I was not the most gifted athlete, I could make up for that by racing smarter and mentally stronger.
I first went under the coveted 9 hour mark in 2002 at the inaugural Blue Devil Triathlon – a triathlon to benefit cancer research – then again in 2007 at the Challenge Roth in Germany. I followed Roth five weeks later with a win at Vineman. An outline of my face was imprinted on the back of all the Vineman finisher’s medals that year when they inducted me into the Vineman Hall of Fame (see medal at top of page).

Cancer was my impetus, my initial reason, which translated into a desire to beat the cancer then became a dedication to achieve something I should never have been able to achieve given my past athletic resume.

So, yes, even impossible dreams can come true.

What is your reason for doing what you do? What’s going to give the impetus to get you to where you want to go? And, yes, you can go get it by taking that first step and signing you for your first race (or whatever takes you in the direction you want to go).